Traveling for work with my carry-on

said the hostess at my B&B, while she poured more coffee into my mug on Wednesday morning. The one-table dining room was cold and I needed a second cup of coffee. Outside, the city of Temuco was already awake, cuddle by a cold thick blanket of fog which announced a sunny day. Verónica, the owner of this little cozy hostel, did not mean to be condescending towards the indigenous people of southern Chile. On the contrary, she acknowledged it as part of Temuco’s local identification, but she stressed that this lining did not make Temuco backward, as people from Santiago, apparently, may think.

When Temuquenses talk about the Santiaguiños, it seems to me they refer to what in the US we refer to people in NYC, and maybe LA: they live in a cosmopolitan bubble and think that anything outside it is “backward”. (Yes, I know that not ALL of you New Yorkers/Santiaguiños are like this, but let’s face it: most people living in economic and cultural centers -like New York, London, Barcelona, Buenos Aires, Sao Paulo, and Santiago- tend to look down on other inland cities). (I think this map is very illustrative, I gave it to my brother, a New Yorker himself who is only keen visiting one southern city: Miami). I have not been around much to assert this, but in Argentina and Chile, people from the capitals -Buenos Aires and Santiago respectively- see the rest of the country as backward. I think in Chile the social differences are more apparent so it is easier for a person who comes from Santiago to look down on these other -wonderful- cities. I have been in Santiago, and Temuco is as beautiful.

I was surprised by Temuco’s intellectual environment. My daily fifteen-block walk to the regional archive surrounded at least four universities: the Catholic University of Temuco, the Major University, the University of the Frontier, and Saint Thomas University. Students swarm the city center near the regional hospital since early hours until late, when they go for a drink on Alemana Ave in one of the many German-style pubs. The environment is bursting with laughter, sneakers, and cigarettes; the streets are crowded and everyone assumes you are there either to learn or teach (or both).

If you ever visit this small city, I urge you to go to the Regional Museum.

During my two days in Temuco I enjoyed sunny weather. In the mornings, the fog was filled with the smell of burnt wood from the chimneys. at midday, the streets downtown (Bulnes, Pratt, Alemana) would explode with people, a protest, and traffic. And everyone would look at me wondering why I was taking pictures of old buildings. But just look at the beauty of these buildings, especially the churches, which are a lot! 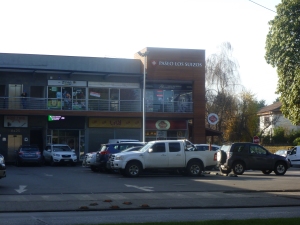 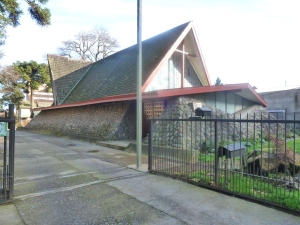 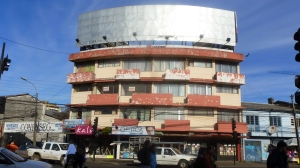 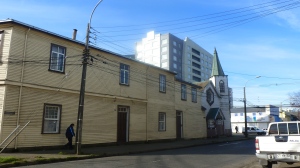 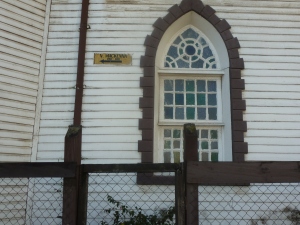 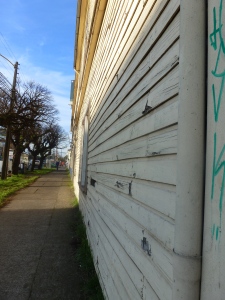 The archivist at the Regional Archive has told me that one of the ways to get to the Mapuche population was by religion, but the Protestant religion. I had noticed that along Alemana Ave. (“German” Ave) there were several churches of different denominations: Evangelicals, Lutherans, and, farther downtown, and Anglican one with its name in English. Fascinating!

*mapuche are the indigenous people of central and southern Chile (and this name requires care because scholars do not agree to who exactly it refers to).

Originally from the Andes, I have moved to the US in 2013. I speak three and half languages, I do not snore any more, and I have inherited good cooking skills. I write on this blog for the same reasons I sing in the shower: knowing I am not good at it but hoping someone is listening and tells me otherwise ;)

One thought on “Two days in Temuco (Chile)”

Stuff I Write About