Traveling for work with my carry-on

When you travel, you meet people. Specially if you are traveling alone.

Many of you have stories of people you’ve met, how you were best buddies in a blink, and then followed your own path as your travels set you apart. You may even have some of these friends on Facebook, I still do. And yes, we all know we won’t see them again.

I want to talk today about one of those missed encounters. It was not a question of culture or language. It was an honest mistake.

The time I almost cried on the train to Venice

For visiting Venice I stayed in Milan: way cheaper (I stayed here, they’ve changed the location and that’s a great thing). Early one morning I went to the train station, added 10 Euros to my Europass and chose a super fast trip to Venice. What I didn’t know is that you have to write down the date of your current trip in the pass.

Yes, I had used the past before… once.

When I travelled from Rome to Florence, the clerk did the writing down the date for me so I guess I thought it was something that officers did. No.

I was supposed to do that myself.

When the ticket-controlling officer saw my ticket she took me for a tourist playing dumb. I wasn’t!!! I just didn’t know. She wanted to charge me 50 Euros. 50! I mean, my budget was 60 per day with lodging. OMG, 50 Euros!!!

I tried to explain. I tried to talk her out of it. She said that accepted credit cards. I was so angry! C’on! Cut me some slack, it is OBVIOUS I didn’t know!

Her face didn’t flinch. All the muscles in her body stood still, unnerved as if she was standing behind an invisible layer that repealed people’s begging.

Finally, she offered an alternative: “Give me your passport”.

I know well enough not to give ANYONE my passport. So I handed over my credit card.

When she left I felt so unprotected, exposed, powerless. It had been an honest mistake and I was punished for it. For another hour I just was on the verge of tears alone in a train in Northern Italy. My adventure had begun only less than a week before then and I already felt betrayed.

I got to Venice. Love at first sight. I walked all day and had a wonderful cup of tea, a panini, and some brownies in Piazza San Marco. Pricey? Maybe. But totally worth it. I was in fucking Venice and no one -not even a junior train officer doing her job- would deprive me of that. 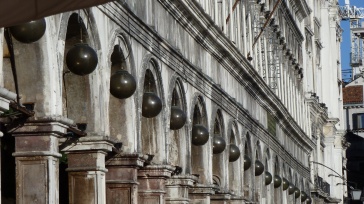 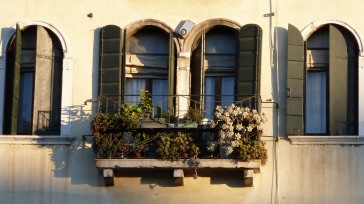 The magic of travel…

Originally from the Andes, I have moved to the US in 2013. I speak three and half languages, I do not snore any more, and I have inherited good cooking skills. I write on this blog for the same reasons I sing in the shower: knowing I am not good at it but hoping someone is listening and tells me otherwise ;)

Stuff I Write About